(Editor’s note:  Marcus Lennox, the Commissioner for Canada on the Clan Lennox Council, sponsored a Clan Lennox tent at the 74th Annual Fergus Scottish Festival from 9 – 11 August 2019 at Fergus, Ontario, Canada.  This may be the first official participation of the clan at a Scottish Heritage event in modern times.  Marcus files this report.)

“As you know the Fergus Scottish Festival bills itself as the largest three day Scottish Festival in the world.  (I believe the “three day” disclaimer is an important descriptor!)  This year’s edition was the 74th.   So next year shall be a significant event indeed.  Nonetheless, this year set a record for 55 Clans present and tented, as it were.  And The Right Honourable, the Lord Lyon King of Arms was in attendance this year, and was the honourary Festival Chieftain.” 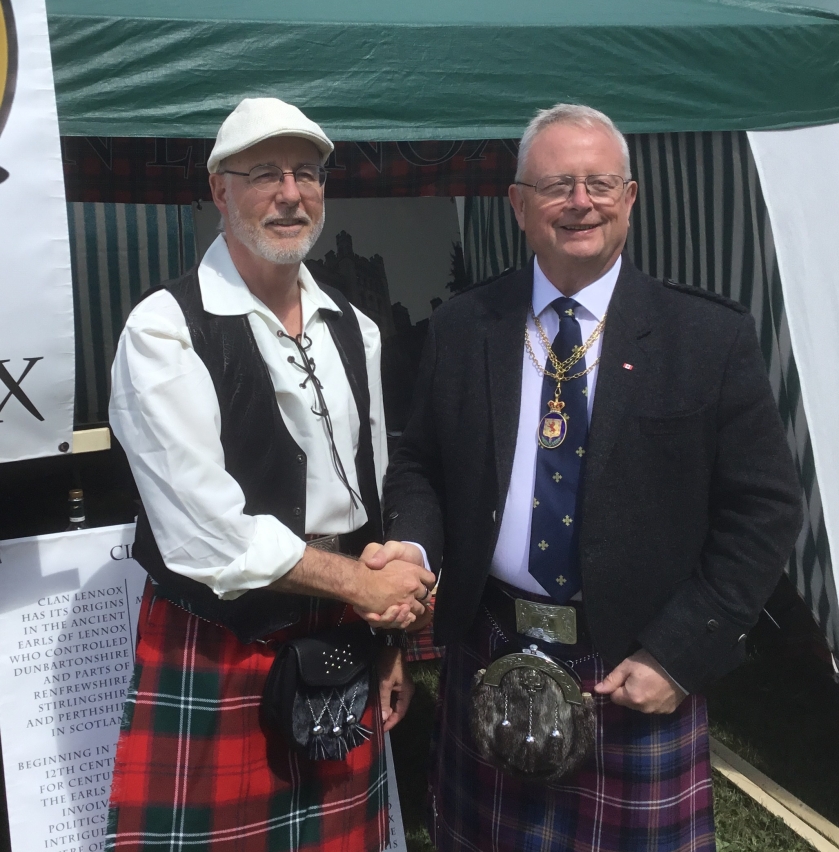 (Marcus Lennox, Esq. on the left in Lennox Tartan with the Right Honorable Joseph Morrow, The Lord Lyon King of Arms.  The Lord Lyon is a Scottish government official in charge of heraldry.   It is the Court of the Lord Lyon which issues coats of arms and officially recognizes the clan chiefs.)

“The Festival got off to a happy start on Friday evening with a few welcoming speeches and pipe bands.  The Festival Hearth was lit and the evening ended with fireworks.” 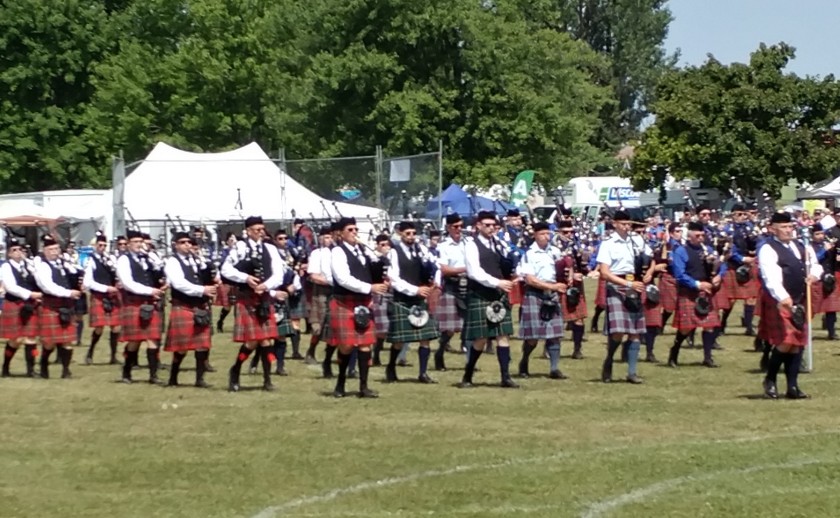 “Saturday started at 9 am (earlier for us Clan representatives who set up their Clan tents) with folks coming by, inquiring about Scottish history.  As you know I had several Lennoxes discover our tent…I have a couple of pics with them too.  The big part of Saturday was the Parade of the Clans, with each Clan and Banner parading onto the main field and being announced before the Lord Lyon.  And we were there this year.

Over the Saturday and Sunday about 35,000 folks were entertained at the Festival.” 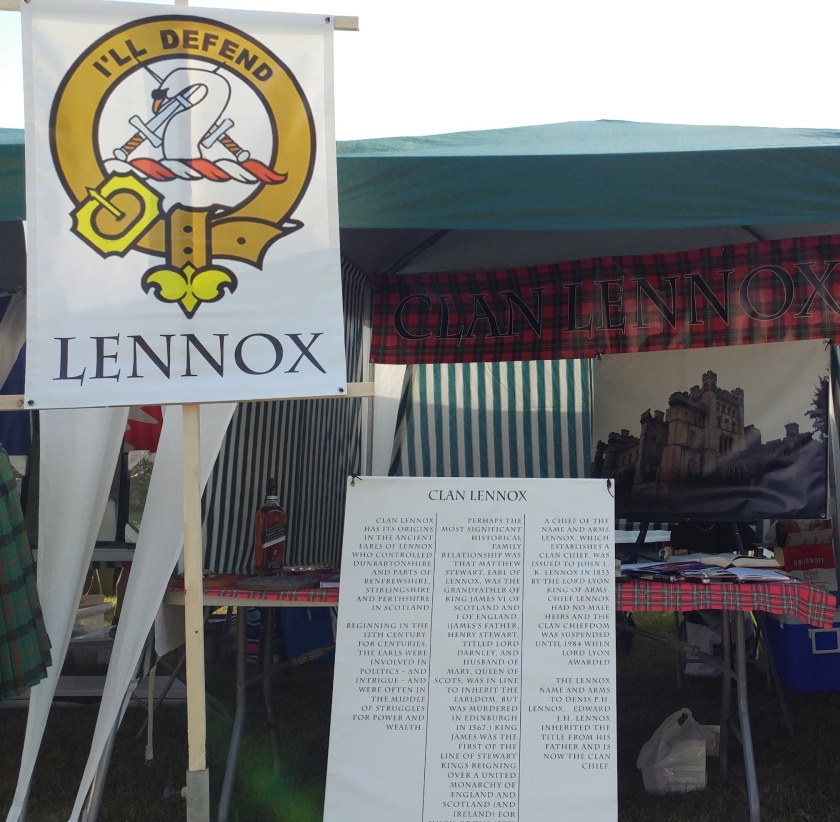 “There were acres of Scottish Dance Competitions.  This Festival is known as the Dancing Festival with hundreds of young girls and women competing for regional and national titles.

Also, part of the festivities were the “Games” …tossing of the caber, the hammer throw, the pitch fork throw…and even the ritual tug of war.  These took place on the main field in front of thousands of spectators on bleachers.

And of course there were a couple of score of pipe bands in attendance.  The pipe bands would play continuously here and there throughout the Festival grounds.  And each day would end with a parade of the massed bands.  Quite stirring.”

(Highland dancing girls of all ages)

“And for the history buffs, a recreation of a Jacobite encampment was set up.  Manned and womanned by about twenty people in period clothing, sleeping in tents, eating from their camp fires and otherwise providing a snapshot of early 18th century Scots life.”

“And finally, Clan Lennox tent was present and accounted for.  I was set up beside James Brisbin of Clan Kincaid of course.  We had some good fun together…James is a natural showman.  And the Clan Lennox stamp . . . was well received!  It was a preferred emblem by the youngsters (comparatively large and with blue ink – not black – . . . !) and I must have stamped hundreds of passports!!.”

“I was happy with our presentation for the first year – Clan Lennox banner, Clan Lennox Badge on a standard, a blowup of Lennox Castle (someone came by who had actually been born in that castle / institution!!), and an enlargement of the first few paragraphs of our website.  (Most importantly I had my quaich and Johnnie Walker Green Label at the ready for the deserving few, as my old pater used to say.)  But, of course, I came away with several ideas for improvement for the tent and presentation.

I’ve attached some pics to this email…maxed out the memory…so I’ll send a few more.